It is said that a ship carrying one of the largest quantities of black spiced rum ever to be brought over from the Caribbean islands, for unexplained reasons, never reached its destination. Stories were plentiful, and while an attack by the Kraken is suspected, no stories were ever confirmed. 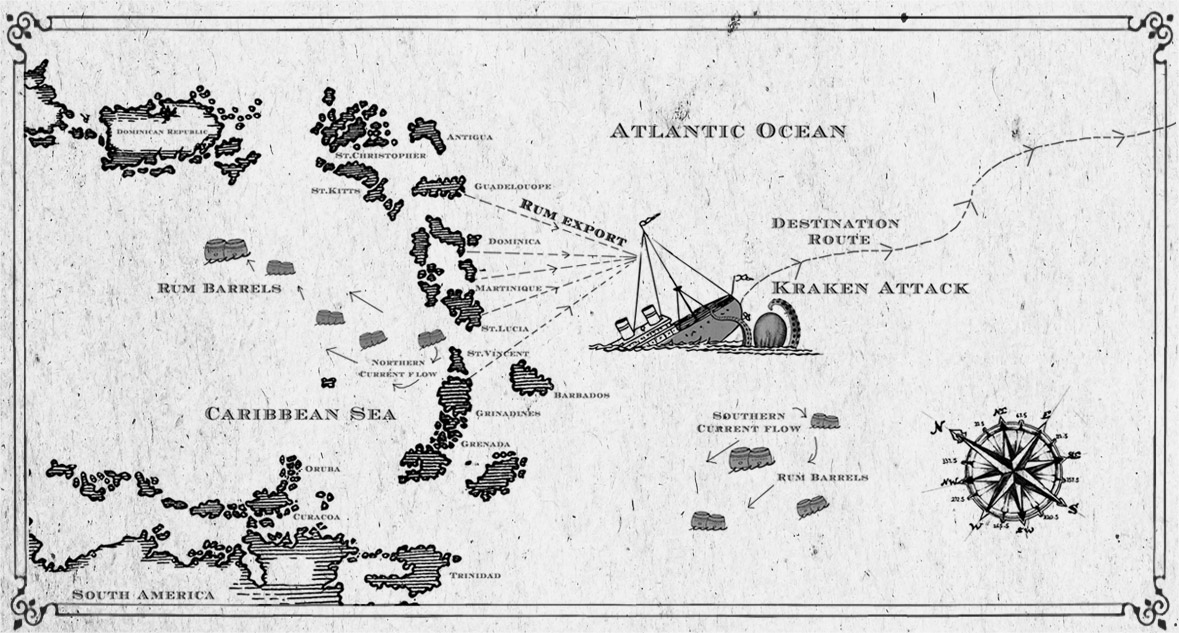 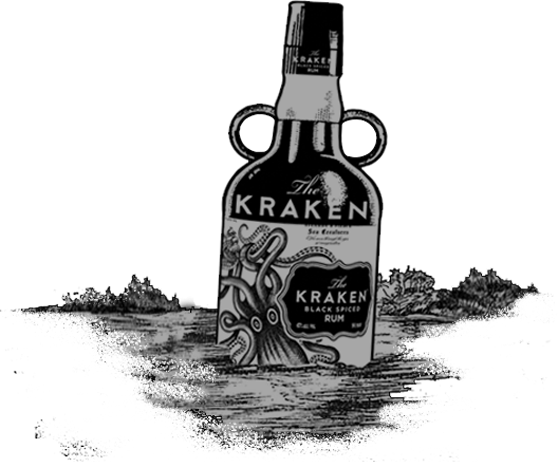 Fig 3. The Spiced Rum at Sea

Barrels carrying this black spiced rum drifted off the ship into the sea and the rum was renamed after the Kraken as a tribute (some say as a “sacrifice”) to this beast’s unchallengable power and might. There are few first-hand accounts of encounters with the Kraken, as most who encounter the Kraken do not live to tell the tale.

One seafarer’s diary that was discovered washed-up on one of the smaller Pacific islands holds an encounter with what scientists have deduced must have been the Kraken.